Barriers to Climate Change Adaptation in Urban Areas in Germany 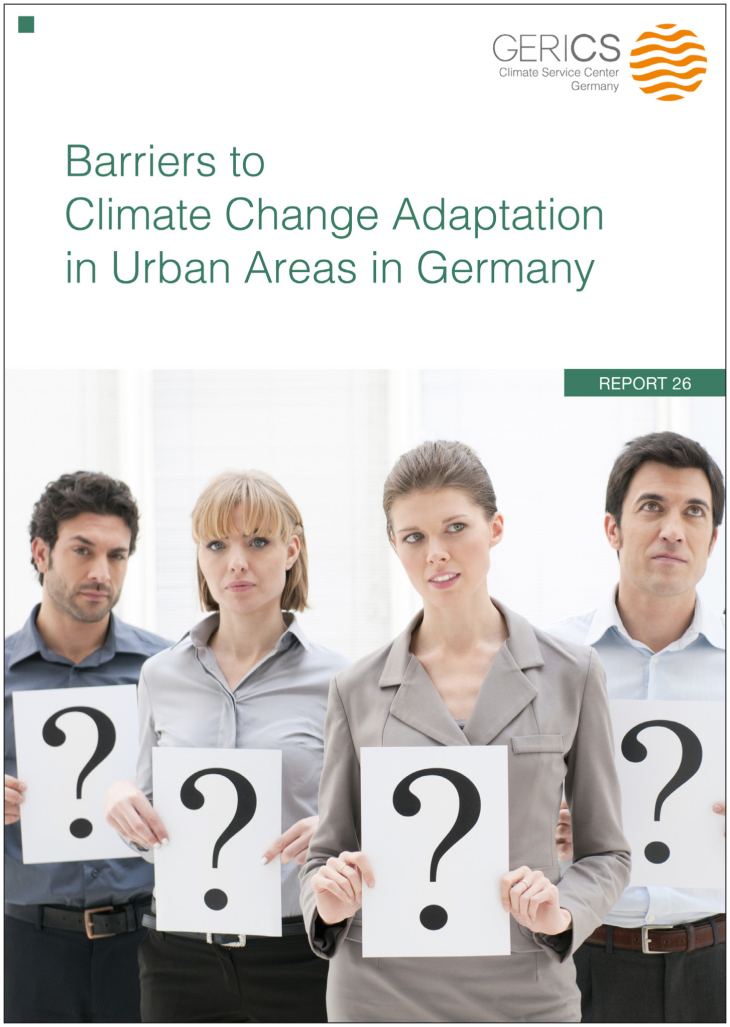 Climate change has become one of the most urgent challenges for today’s society. Same as the entire planet, Germany will be affected by future impacts of climate change, which will be especially pronounced in urban areas. More than half of the world population currently lives in cities, and the proportion of people exposed to direct climate change impacts in urban centres will further increase in the future. Thus, adaptation strategies are crucial and could reduce overall vulnerability of urban populations. But there are substantial limits and barriers to adaptation. Scientists have started investigating barriers that could hamper the governance process. Case studies and surveys have been conducted in order to identify barriers which hinder the adaptation process. Although most case studies and surveys conclude that barriers to adaptation exist, research is still very far from conclusive and causal explanations for the occurrence of barriers. Furthermore, only few studies have focused on the relative importance of barriers to adaptation and on how to overcome them.

This study focuses on a comparative and actor-centred approach to identify and analyse barriers to adaptation. Barriers can only be addressed and overcome by those actors who are leading the adaptation process in the sectors within their jurisdiction as decision-makers. Finally, a comparative research design can increase the causal understanding of the multiple conditions that create barriers, explain differences and commonalities and identify cross-cutting findings.